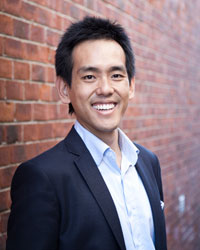 Raymond Yong was born in Malaysia, emigrating to Australia at the age of two. He received his initial musical training in Perth, performing regularly in public piano recitals from an early age. It was in High School that he first took to the podium as a conductor, directing his school orchestra and choir.

Raymond went on to study conducting at the University of Melbourne as a pupil of the late John Hopkins and received further training in the Symphony Australia Young Development Programme. He became the Music Director of the Victorian Youth Symphony Orchestra and Victoria Chorale and was the Founding Director of Orchestra 21.

He has appeared as Guest Conductor for the Melbourne Chamber Orchestra, the Port Fairy Music Festival, Stonnington Symphony, Preston Symphony, and Kooyong Chamber Players. He has been a regular guest with the barrier Reef Orchestra since 2011,conducting the orchestra, performing as a piano soloist, and providing conducting workshops to teachers and conductors in the Townsville area.

Raymond is also a sought-after piano soloist and accompanist. Concert highlights include Chamber Music performances at the Musica Viva, Huntington Festival, the Linari Classic in Italy, as well as piano concerto engagements with the Melbourne Symphony, the Sydney Symphony, West Australian and Tasmanian Symphony Orchestras.