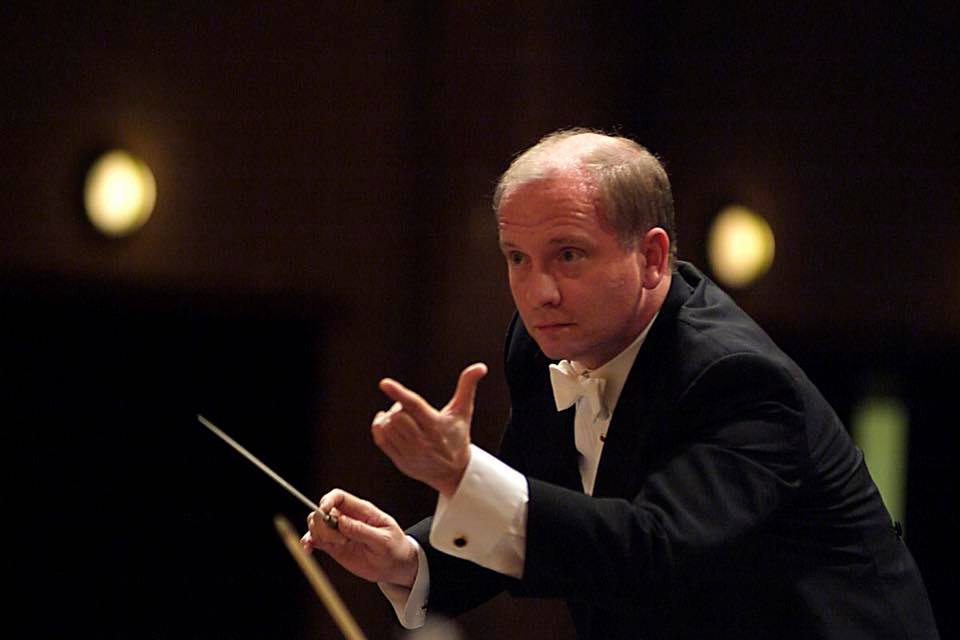 Theodore Kuchar hardly needs an introduction to Townsville audiences as he is one of our celebrated sons. He founded the Australian Festival of Chamber Music and was its Artistic Director for 17 years. The Townsville City Council together with AFCM established the annual Theodore Kuchar Music Scholarship in recognition of his contribution to the development and enhanceent of this city’s cultural identity.

Mr. Kuchar’s longest titled affiliation and relationship is with the National Symphony Orchestra of Ukraine, of which he was appointed the Artistic Director and Principal Conductor in 1994. They have appeared together in over 300 performances, in Kyiv and on tour on four continents while their discography totals over 70 compact discs. Most recently, they completed a 44-concert tour of North America under the auspices of Columbia Artists Management in January-March, 2017.

Conducting engagements during the 2018-19 season include the major orchestras and opera houses of Ankara, Antalya, Beijing, Buenos Aires (Teatro Colon), Helsingborg, Helsinki, Istanbul, Kharkiv, Kyiv and Prague, among others. The opening two months of the 2016-17 season have included two weeks each with his two American orchestras, a three-week residency at The Cleveland Institute of Music where he opened that distinguished institution’s orchestral season and conducted daily masterclasses and seminars for advanced tertiary conductors and instrumentalists and a two-week engagement with the Staatskapelle Weimar in Bayreuth, Dresden and Weimar. Highlights of the past several seasons have included a four-week, 20 concert tour of the USA with the Czech Symphony Orchestra and guest conducting engagements including the BBC Symphony, BBC National Symphony Orchestra of Wales (filling in on one day’s notice to conduct Josef Suk’s epic Asrael Symphony), English Chamber Orchestra, Cape Town Philharmonic Orchestra, Israel Symphony Orchestra, Prague Symphony Orchestra, Munich Philharmonic and the National Symphony Orchestra of Venezuela. Equally committed to musical theatre he has held a special relationship, totaling over 300 performances, with the Finnish National Opera and Ballet. He has collaborated with major artists including James Galway, Shlomo Mintz, Jessye Norman, Lynn Harrell, Itzhak Perlman, Yo-Yo Ma, Sarah Chang, Mstislav Rostropovich, Joshua Bell, Robert Levin and Frederica von Stade, among others.

Among Mr. Kuchar’s numerous accolades include BBC Record of the Year, Australian Broadcasting Corporation Record of the Year, Chamber Music America Record of the Year, Gramophone Magazine’s Editor’s Choice, the WQXR Record of the Year and a Grammy nomination in the category of Best Instrumental Album of 2013. The 2016-17 season saw the release of seven new compact discs, devoted to the complete symphonies of Ukrainian Boris Lyatoshynsky and Yevhen Stankovych (National Symphony Orchestra of Ukraine), orchestral works by the Turkish composer Ulvi Camal Erkin (with the Istanbul State Symphony Orchestra). In March, 2019 the Brilliant Classics label will release a 13 cd compilation – <i>Theodore Kuchar – The Complete Edition </i>devoted to the conductor’s complete discography for that label.

As an educator and orchestral trainer he has held a longterm relationship with The Cleveland Institute of Music and served as Resident Conductor of the Kent/Blossom Music Festival, the educational institution established by the late George Szell, in cooperation with The Cleveland Orchestra (2003-2012). Since 2003, he has devoted himself to annual residencies at The Cleveland Institute of Music, the Simon Bolivar Youth Orchestra, the Canberra School of Music at the Australian National University, the Czech National Academy of Music, the National Academy of Music in Kiev and the Sibelius Academy in Helsinki, among others. In 2006, he developed the annual conductor’s courses in cooperation with the Paris Conservatoire and hosted by the Janacek Philharmonic Orchestra in the Czech Republic. In March, 2012 he served on the faculty of the Conductor’s Guild Workshop hosted by The Cleveland Institute of Music. During the period 1996-2002 he served as Professor and Director of Orchestral Studies at the University of Colorado, Boulder. In July, 2018 he will serve as Artistic Director of the inaugural International Conductor’s Institute, an annual training program for advanced orchestral conductors. with the Lviv Philharmonic Orchestra in Lviv, Ukraine.