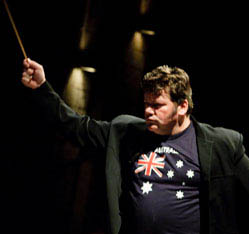 Sean was recognised as Honorary Artistic Advisor to BRO when these roles were created in 2005.

Sean has written, conducted, directed and collaborated with many contemporary artists. His particular contributions to the Barrier Reef Orchestra include raising the Orchestra to new heights in front of large and enthusiastic audiences, especially in the ‘Last Night of the Proms’ concerts. He has worked successfully with musicians in many genres of music and helps to bring them to Townsville as guest artists. (The James Morrison concert in 2007 is an outstanding example of this valuable relationship.).