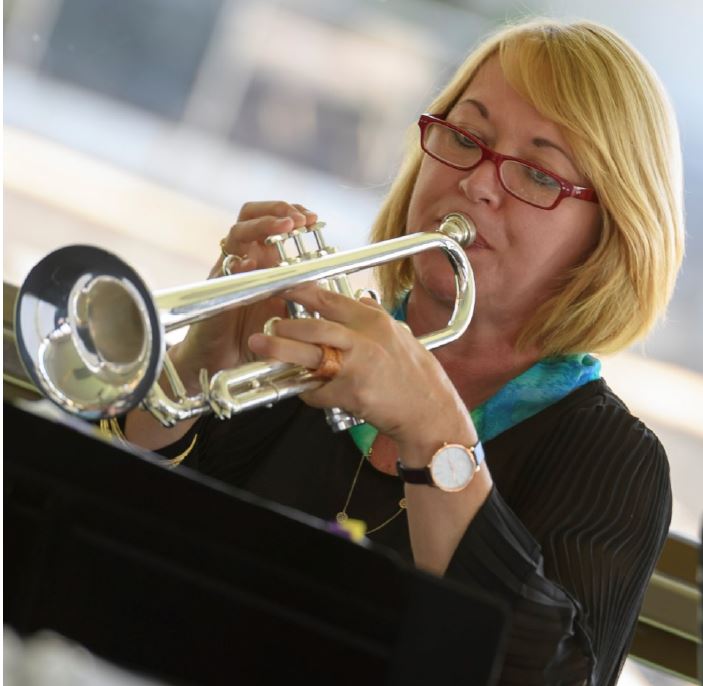 Barrier Reef Orchestra stalwart Suzanne Darrigan was excited to be in the first BRO event playing horn in 2001 and has played horn and trumpet in BRO ever since. In fact she has missed only one concert (in March 2014) which was remarked on in the newsletter. Sue has helped to find musicians for the rest of the brass section and also produced musicians in the form of three musical daughters who have also played in the orchestra. All four Darrigans played In the Romantic Interludes concert on March 21st 2010 and all have featured in various combinations in numerous concerts.

Sue has taken on the large task of being Rehearsal Conductor many times, has been on the committee and was the person who suggested the orchestra play Beethoven’s 9th Symphony (conducted by David Lawrence), one of the highlights of the BRO’s large repertoire.