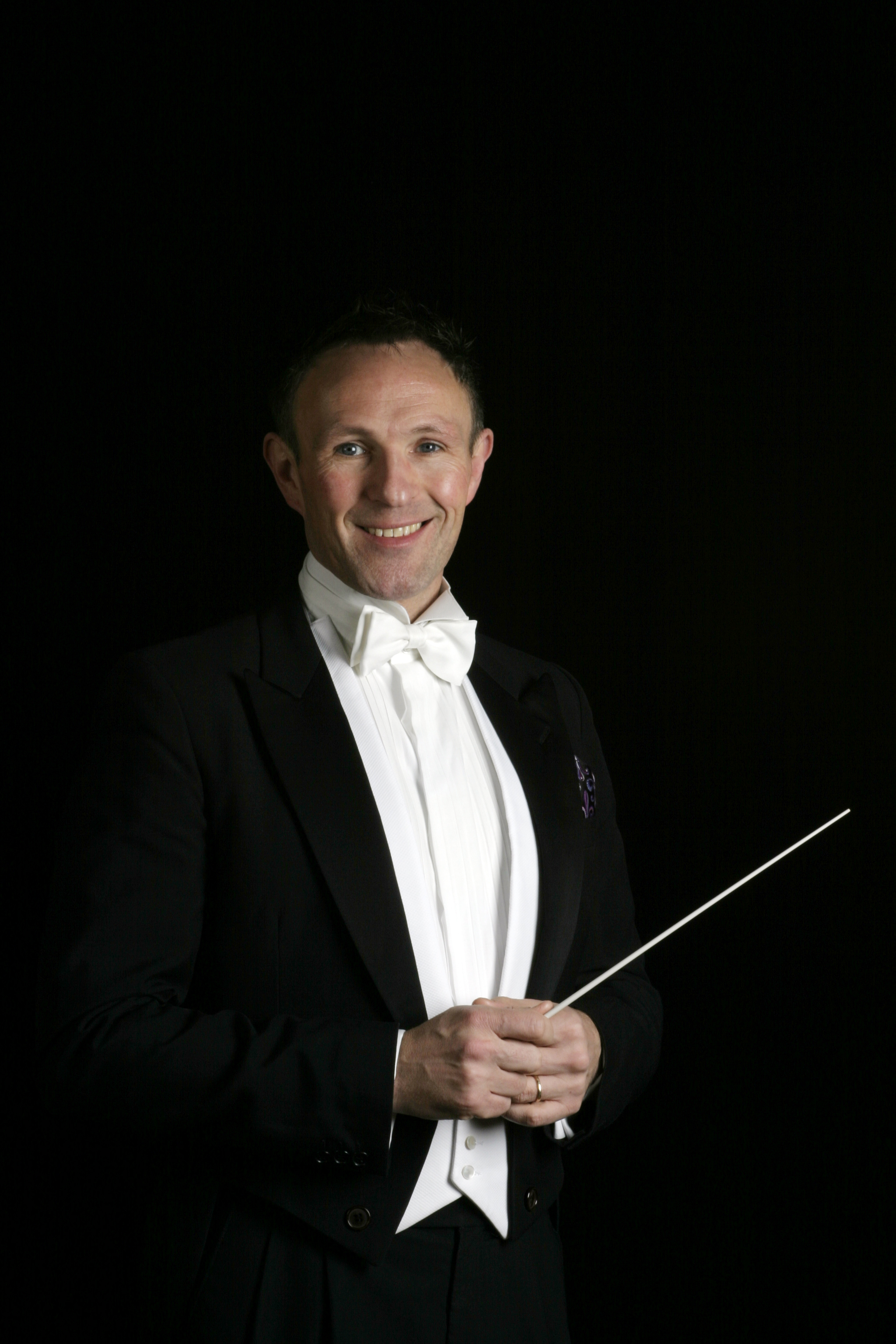 Mark Eager is an exciting and passionate conductor with extensive knowledge in the orchestral field. Underpinning this is his 25+ years of experience as a world-class soloist and orchestral player, predominantly for the BBC but also with most major UK orchestras.

During this time Mark played the world premières of Trombone concerti by Françaix, Pickard and Hoddinott for BBC Radio 3, the latter two being commissioned for him.

Critics have noted: “Eager’s clear, highly musical direction and consummate grasp of musical idioms have developed the ensemble over the past few years into Wales’s finest chamber orchestra”. He is often praised for his mature understanding, thoughtful musicianship and command of the orchestra.

Mark initiated and has developed the Welsh Sinfonia’s groundbreaking education project Crescendo – building school orchestras, primarily in disadvantaged areas throughout Wales. In 2017 was awarded an Honorary Doctorate – Doctor of Arts, in recognition of his ‘outstanding contribution to music and performance’.

Mark has accumulated a vast recording portfolio in CD, radio, TV and film and recently recorded ‘Songs with Orchestra’ by Michael Csanyi-Wills with his Londamis Ensemble for Toccata Classics, which received five star reviews.

Mark is an advocate of high quality music education and has a unique talent for inspiring people to achieve excellence.

Cardiff University Symphony Orchestra under Mark’s baton is achieving significant educational and musical success through concerts, touring and CDs, recently receiving a glowing review in the prestigious ‘The Times’ newspaper for their Debussy CD ‘City of Light’ (Prima Facie), masterminded by Mark.

In March 2019 Mark took up the position of Principal Conductor BBC Ariel Orchestra, London and is looking forward to a rewarding relationship over time.

Mark tours extensively worldwide as a guest conductor and master-class consultant. He explores a diverse range of repertoire and works with a variety of ensembles and soloists. In 2017/18 Mark toured to China, Hong Kong, India, Singapore, UAE, Oman and South Africa as well as his annual residencies in Australia, including his 7th Cairns Winter Orchestra.

In 2019 Mark has tours planned to Hong Kong, India, Australia and Malaysia.