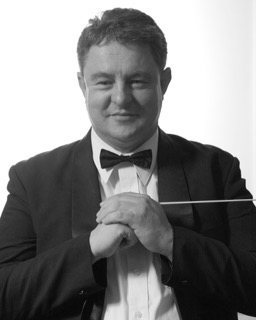 Gyula Cseszkó (Jules) has kindly agreed to conduct our August concert because of our good friend, Mark Shiell’s shoulder problems.
Jules studied in Melbourne with the Late Professor John Hopkins, along with Raymond Yong, Mario Doberning and Mark. Jules also spent 18 months doing further research under John for his thesis.

Jules knows the programme and is very keen to work with us. We are looking forward to meeting him this week-end when he comes for our preliminary rehearsal workshop. He admits to being a great lover of Beethoven.