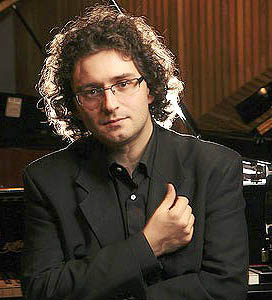 Melbourne pianist, conductor and composer Stefan Cassomenos gives regular solo recitals throughout Australia, and has appeared as a soloist in Europe and Asia.

In 2012 he was a grand finalist in the Rhodes International Piano Competition, and his recording of English and Australian art song with tenor Christopher Saunders was named the ABC Classic FM CD of the Week in September 2012.

The compositions of Stefan Cassomenos have been played by the Melbourne and Adelaide Symphony Orchestras.

He has been artistic director of many festivals, projects and collaborations including the Melba Festival and Melbourne’s Piano Landmarks festival.

He studied with Margarita Krupina and subsequently with Stephen McIntyre on scholarship at the University of Melbourne.