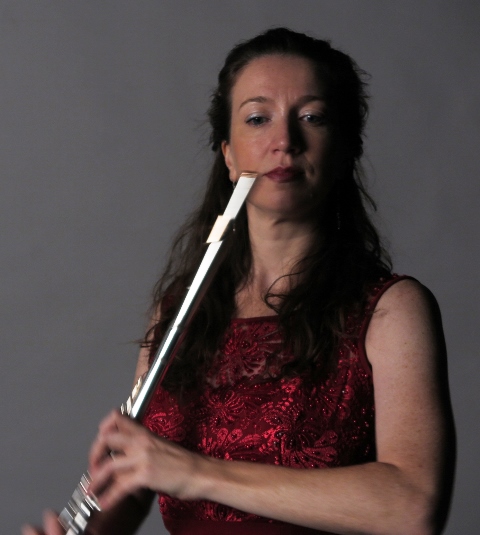 She has toured and recorded with the Berlin Philharmonic Orchestra, is a former Principal Flute of the Deutsche Kammerakademie Neuss and has performed as Guest Principal Flute with the City of Birmingham Orchestra, BBC National Orchestra of Wales, NDR Radio Philharmonie Hannover and the Australian Chamber Orchestra.  She has performed in the Festivals of Salzburg, Lucerne, Edinburgh, Tanglewood and the London Proms. From 2003 – 2005 she played full-time with the Leipzig Gewandhaus Orchestra and in the following year was appointed Lecturer of Flute and Academic Studies at the University of Newcastle.

She is deeply committed to chamber music and is the Artistic Director of the ‘Twilight Musical Dialogues’ series.  Alongside her chamber music projects, Sally devotes herself passionately to both Early and Contemporary Music and has released three CDs with pianist Philip Mayers: ‘Hemispheres’ (featuring many works written for her), ‘Kaleidoscope’ and ‘French Miniatures’. She has performed in over twenty countries and numerous composers have dedicated works to her.  In 2013 she premiered Andrew Ford’s composition for her entitled ‘Once upon a time there were two brothers’ with the Shanghai String Quartet at the Melbourne Festival. In 2014 she premiered Andrew Chubb’s ‘Berceuse’  (both the flute and piano and flute and guitar versions.  In 2015, she premiered Elena Kats-Chernin’s Concerto ‘Night and Now’, written for her, with the Darwin Symphony conducted by Matthew Wood, with subsequent performances with the Zelman Memorial Symphony and Newcastle Youth Orchestra. She is very much looking forward to performing in Townsville for the first time.

Australian flautist Sally Walker has been hailed as ‘master of both the early wooden as well as the silver flute…atmospheric,  fine musicianship’ (Hamburger Rundeschau); ‘godly flexibility and colouring in her most soul-stirring tone formation….breathtaking musicality’ (Die Rheinpfalz); ‘sustained brilliance’ (Canberra Times).