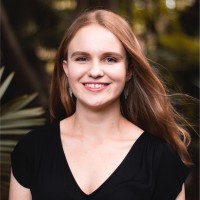 Within the Queensland Conservatorium, Ruby has won several awards, including the John and Sue Thompson Prize (2021), the Hilda Woolmer Accompaniment Prize (2019), the Margeret Nickson Prize (2019), the Minnie May Bussey Pianoforte Prize (2017), and the Ruby C. Cooling Prize (2017). She has performed in masterclasses and lessons with esteemed international pianists including Peter Hill, Roy Howat, Alexander Strukov, Lance Coburn, Gil Garburg and Vyacheslav Gryaznov.

Within Brisbane, Ruby performs frequently both as a soloist and collaborative pianist. A passionate chamber musician, she has performed alongside esteemed local and international artists in the Queensland Conservatorium Side-by-Side concert (2018), as a mentee with Ensemble Q (2020) and most recently with Southern Cross Soloists (2021).