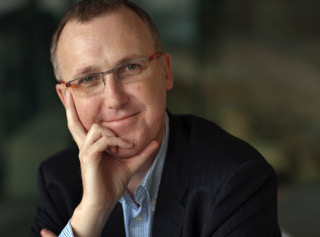 Justin Ankus began playing the electronic organ as a teenager and by the age of 15 he was playing for his local parish church. After leaving school, Justin started taking pipe organ lessons with the organist of St. Mary’s Cathedral, Sydney. At the same time, he started accompanying and co-conducting the Sydney Lithuanian choir, which he did for 14 years. From 1995 to 2000,Justin was the organist of St. Patrick’s Cathedral, Parramatta. From there, he moved to Corpus Christi Cathedral, St. Ives, to take up the position of Director of Music, which he held from 2003 to 2012. Prior to leaving Sydney, Justin was the Music Coordinator for St. Peter Julian’s Church, Haymarket. He was also the Manager of the Open Academy at the Sydney Conservatorium of Music (University of Sydney).

Playing the organ and directing and singing in choirs are hobbies for Justin. He is a professional arts administrator who has previously had careers in banking and call centre management. In September 2015, Justin relocated to Townsville to take on the role of Executive Director of the Australian Festival of Chamber Music, a role he held for three years.