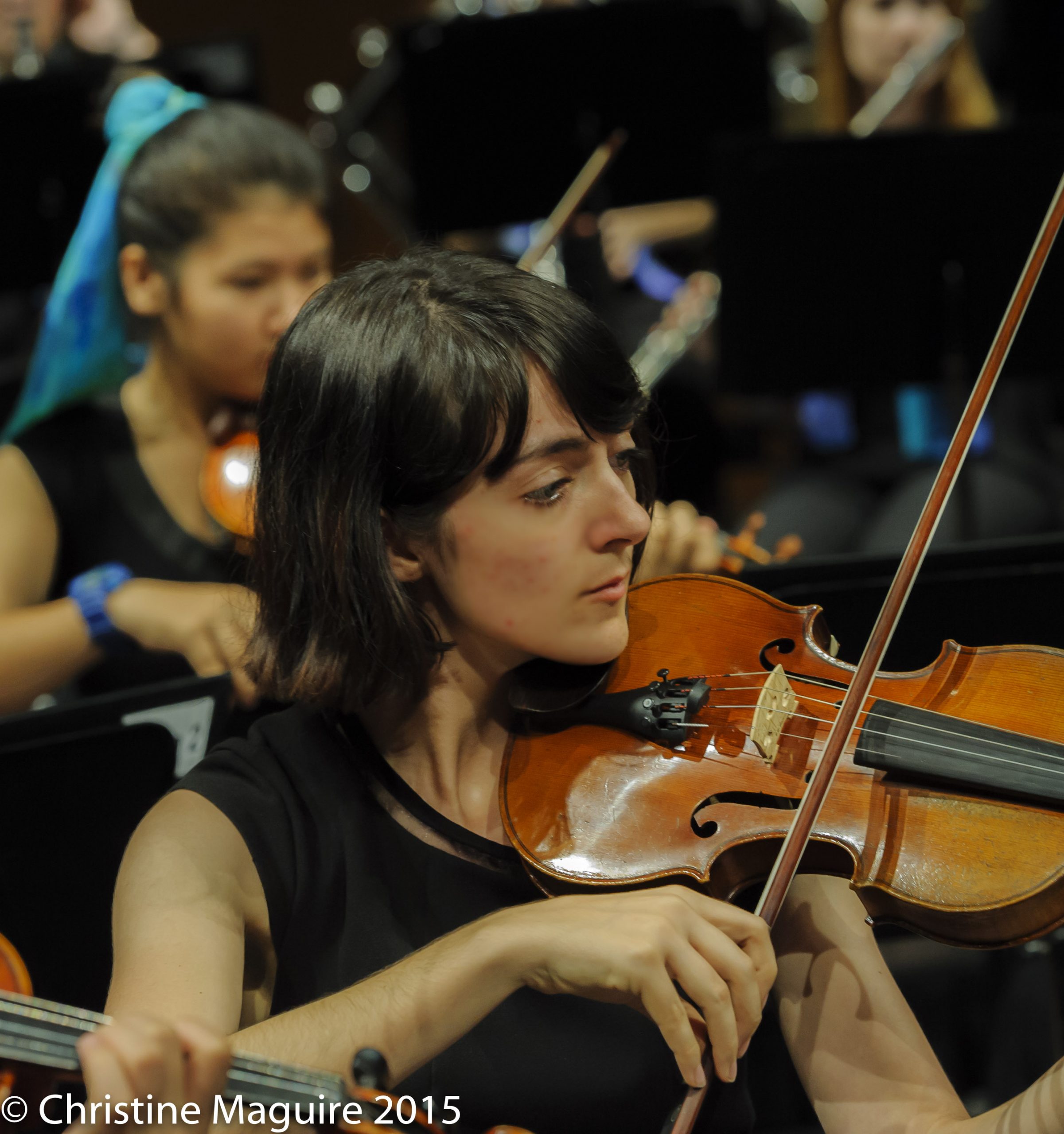 Alexandra Gorton – leader of the second violins – was awarded an Encouragement Award in 2013.

Lexi performed in all three concerts and played in ANZAC Park; excellent rehearsal attendance record; often early to help set up; worked hard on her part; capably led the second violins for the first time; nominated by visiting conductors.

A few years ago, I fell in love with playing the violin again. Coincidentally, it was when I joined the BRO back in 2008! After a period of uni and work-induced semi-hiatus, I took to my instrument with new energy.

Of course, when I looked at the collection of neglected work I had to prepare, those little bumps in the journey became mountains. One of those mountains (amidst a pile of inadequate scales and etudes) was a bow from my beginner days. I set myself a goal to put aside a little bit of money every week for a year to afford a bow that would let my playing grow a little faster.

Thanks to the Barrier Reef Orchestra, and Olaf Grawert from The Violin Studio, not only was I able to find my bow, but I was also afforded the opportunity to fully service my violin; fixing its varnish, attending to the very groovy fingerboard, fitting a sturdier bridge, and finding a richer and more resonant voice.

There are plenty more mountains to climb, but for now I consider 2014 a new chapter in my learning process on the violin.

[April 2014 Newsletter]
Please complete all fields below then click Send.