Music Under the Stars The orchestra is pleased to announce details of the next concert, to be held on 10th July at The Ville Resort Casino Headland. As part of the North Australian Festival of Arts, the Barrier Reef Orchestra will be joined by talented members of the Queensland Symphony Orchestra for an evening of music under the stars.

Bookings are essential. Tickets can be purchased from this link. 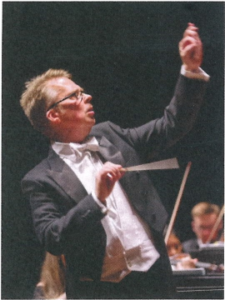 Richard Davis is presently Chief Conductor and Head of Orchestral Studies at the Melbourne Conservatorium of Music. He regularly conducts orchestras, such as Queensland Symphony and BBC Philharmonic, in concerts, recordings, national radio broadcasts and on television. Richard Davis has also directed operas and requiem masses with the BBC Singers and has just been invited to make his debut with the City of Birmingham Symphony Orchestra. He is known for his wide-ranging repertoire, allowing him to conduct projects across many genres – from television soundtracks and Family Concerts to recording avant-garde world premieres and performing the symphonies of Shostakovich and Mahler. Click on Richard Davis's photo to see the full biography.
Please complete all fields below then click Send.